The Association of the parents of the Anglophone Section held its first ever virtual Annual General Meeting tonight. In addition to approving the accounts, members heard presentations by the Director of the Section, Mr Shaun Corrigan and the President of the Association, Mr Bill Watson. Special tribute was paid to four extraordinary members who will be leaving the Section at the end of the academic year. Theresa Westwood, Andrea Smith, Sarah Palmer and Gillie Brown have been particularly dedicated parents in the community for over a decade and they will be sorely missed. Two new members to the Board were also introduced: Mrs Samy Baume and Mr Nazim Taleb. More than 40 people attended 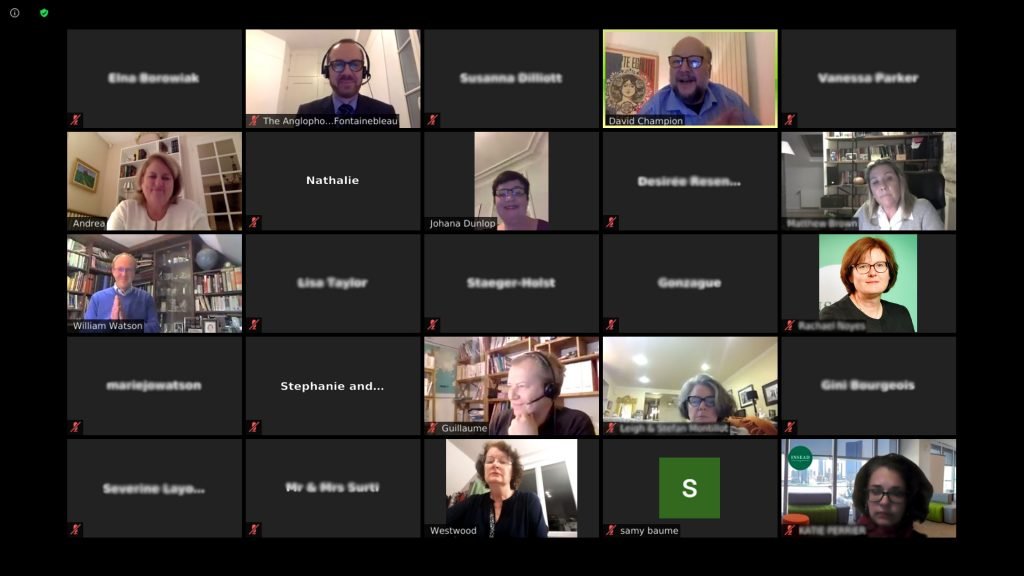